This week’s despatch from World of Copy is prompted by the following headline from a property ad: 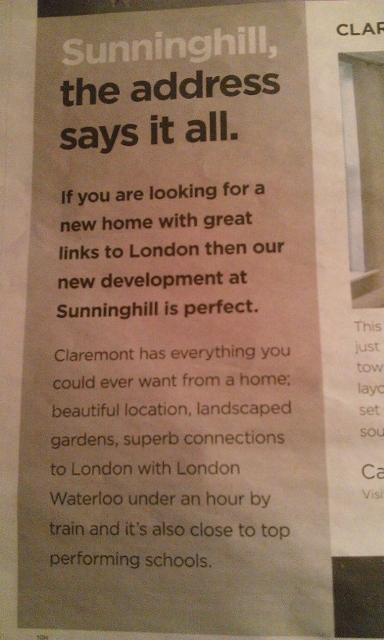 Sunninghill, the address says it all.

‘So does the punctuation,’ added the haughty pedant, gleefully anticipating a new blog post.

Because while I enjoy picking holes in other people’s copy (as does any right-thinking glossophile), what I live for is when Posh Goes Wrong… when someone tries to be cool or snooty, but is scuppered by an imperfect understanding – not of the rules, exactly, but of the aesthetics and manners of language. Like serving Red Bull with the halibut.

The headline is a fine example of comma splice – the inelegant sprawl that results when a slender comma breaks under the weight of  joining two chunky independent clauses. Another term for it is  ‘run-on sentence’, which conveys its rudderless quality.

The standard advice is to use a colon/semi-colon/long dash instead of the comma. In this case, given the work the reader has to do to unpick the laconic utterance ‘Sunninghill’, nothing short of a full stop and two separate sentences will do. Vide:

Sunninghill. The address says it all.

Yes the headline now sounds like an 80s throwback, but that’s why the world needs copywriters.

It’s wrong, but what is it?

While we’re on the subject of misused commas, here’s something I’ve been seeing a lot of recently: 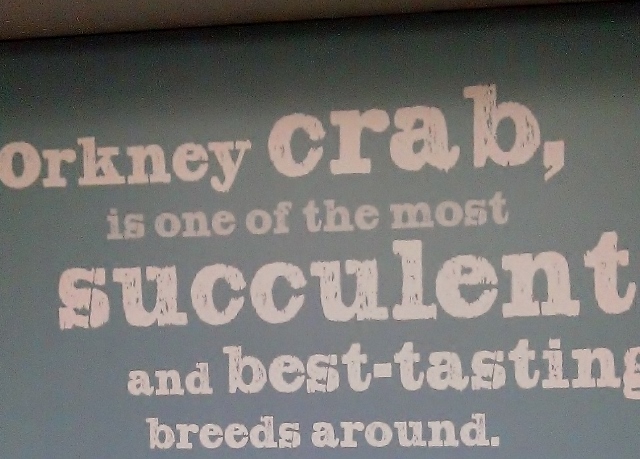 I snapped this sign in M&S (it’s always the ones you think would know better). I don’t know what the punctuation error is called. Maybe there isn’t a name for it; maybe grammarians didn’t think things could get so ugly. But putting-a-comma-after-the-subject is everywhere, spreading like Japanese Knotweed. And just as hard to root out, I fear.

I guess people do it because they think it emphasizes the subject. But if you respect the simple subject-verb-object structure at the heart of the English language, it wouldn’t occur to you to interrupt the flow of meaning with a comma. There’s no rhythm, no soul, no point.

In honour of the grocer’s apostrophe, I hereby name this the M&S comma.